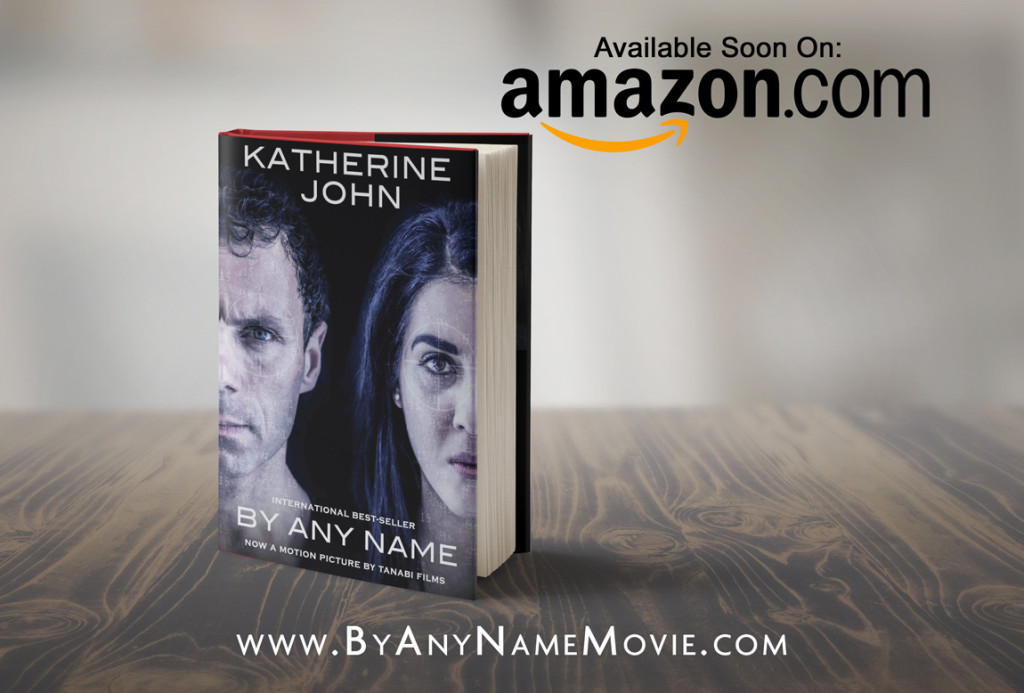 Welsh author Catrin Collier (writing as Katherine John), who has just released her 48th book title through Accent Press, has now teamed up with Swansea-based Tanabi Films to produce an action packed film adaption of her best-selling 1995 thriller, By Any Name. Tanabi Films have had the pleasure of producing “By Any Name”, which is based on the novel by Katherine John – a No.1 best seller on e-book Amazon and a bestseller in Germany, Poland, the US and UK. Recently selected as one of Amazon’s chosen authors, Katherine John is currently profiled on most online platforms across the US, South America and Europe. In an interview with Katherine today, she explains “I am very much part of the project to bring ‘By Any Name to the screen. The entire team at Tanabi are incredible, and determined to get everything right. I’ve written the script with the support of the director and the actors who are all superb professionals, and it is a huge privilege to be able to work with them”.

Welsh actress Samira Mohammed Ali will star as the joint lead in the movie as Elizabeth Santer, a psychologist, who is taken hostage by John West. Samira, currently the Ambassador for BritWeek Miami, FilmInWales and UK ambassador for Cerebra charity, is currently undergoing intensive personal training in order to keep up with the physical demands of the role. In an interview today, Samira said: “I am thrilled to be part of this movie and to co-produce this transmedia project. Being able to work in Wales and especially in Swansea and Brecon is very exciting, as most of my work to date has been abroad in Bollywood movies”.

Actor and Combat expert Cengiz Dervis plays the lead role of John West, the bloodstained stranger who has suffered amnesia, and is the centre of a manhunt across Wales. Cengiz has a huge fan base in the UK, Europe and especially in Turkey, and he is set to be an exciting cast member on this production. Speaking earlier, Cengiz said “I’ve read the novel twice and the screenplay is fantastic. I can’t wait to get into character ready for principal photography. My background will serve me well, and it will be a privilege to work with a renowned author such as Katherine John.” Also, set to feature in the movie, as the third lead is actor Dan Richardson, who’s many acting credits include British and US movies and make him an integral part of the team.

Tanabi’s CEO Euros Jones-Evans said today, “Swansea is becoming a hotbed for film and TV productions,and we’re looking forward to be an integral part of this media buzz. Being based at the Dylan Thomas Centre is an important part of our plan to involve the local community in this project. The majority of the cast, extras and crew have been ‘sourced’ locally. This forms part of our 5-year strategy to bring inward investments into Wales through productions, especially from India and the US. Our chosen charity is ʻOur Local Heroesʼ, and some ex-service men and amputees will also have the opportunity to star in the movie as extras. I would like to thank the following for their support – Gower College, Welsh Government, Wales Screen Commission, Swansea Council, Ffilm Cymru, South Wales Police and Swansea University.”